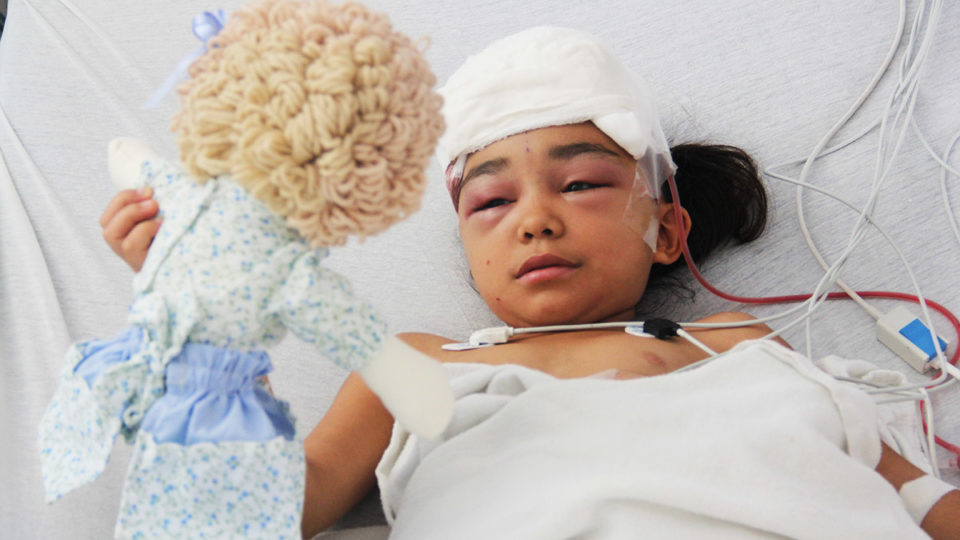 Not all days are filled with miraculous visits to CAMO, and not all of CAMO’s patients are happy on a daily basis. Often, they look worried, thoughtful or sad, depending on their personal situations. Their illnesses or economic problems reflect on their faces. But one day, we had an unexpected visit: a family. They looked happy, and they were not in a hurry like most patients who are afraid to miss the last public transportation ride home. This family wanted to talk. In 2015, their 10-year-old daughter, Mauri, started having some health problems. Her complications started with hepatitis, anemia and eventually developed into strong headaches and occasional fainting. Mauri had to be taken out of school. In fact, she became increasingly ill to a point that she could no longer tolerate her headaches without taking medicine. She even lost her sight at a surprisingly rapid rate. Dr. Roberto Alvarez evaluated her and immediately sent her to CAMO´s office. She had been diagnosed with pediatric craniopharyngioma (a type of brain tumor). Her surgery would cost about $12,765, but CAMO found a way to help Mauri without charging her family any money. Just six days after Dr. Alvarez performed the surgery and extracted the tumor, she began feeling much better. After the surgery, Mauri still had to undergo chemotherapy treatment to recover completely. Even though 2015 was a difficult year for the family, it was also a test on their faith.

They expressed their gratefulness toward CAMO because they still saw positive results even though they didn’t have the economic resources to cover all the expenses that come with food and traveling. Their daughter even recovered her sight and is back in second grade again.But this time, she won´t miss it. In fact, she is anxious for third grade to begin. Dr. Roberto Alvarez sees Mauri every 3 months for follow-up check-ups, and she remains cancer free!